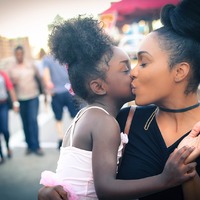 Can you draw a pair of puckered lips?

Did you know: The most important muscle in kissing is the orbicularis oris, also known as the kissing muscle, which allows the lips to “pucker.” The science of kissing is called philematology.

Can you draw an XO which means a kiss?

Did you know: David Jacobson of Trivworks says that the “X” in “XO” is the letter that stands for the kiss, and cites several theories as to why that is. “The prevailing theory for how this came to be so prevalent, particularly at the end of written correspondence, is that during Medieval times, many people didn’t know how to read or write,” he says. “Rather, when signing important documents, they would simply draw or imprint an ‘X,’ an abbreviation for the word ‘Christ,’ which they would then kiss, out of reverence.” Thus, over time, the “X” came to be associated with the act of kissing itself, which is why it is believed to still be used in this fashion today.

Can you draw a dog kissing you?

Did you know: Some dogs kiss more than others.  Kissing, Arden says, is also a learned behavior. If you, as a puppy parent, encouraged or heaped praise on your furry friend when he kissed you, he’ll carry that behavior into adulthood. Similarly, if you’re the only one in your household that encouraged such behavior, your dog will likely kiss you more often than others.