Celebrated on May 3rd 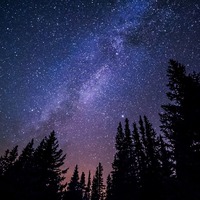 Can you draw a sky with lots of stars?

Did you know: The sheer size of space makes it impossible to accurately predict just how many stars we have. Right now, scientists and astronomers use the number of stars only within our galaxy, The Milky Way, to estimate. That number is between 200-400 billion stars and there are estimated to be billions of galaxies so the stars in space really are completely uncountable.

Can you draw a spacecraft approaching a planet?

Did you know: We've been exploring space for more than 60 years, and have been lucky enough to get close-up pictures of dozens of celestial objects. Most notably, we've sent spacecraft to all of the planets in our solar system — Mercury, Venus, Earth, Mars, Jupiter, Saturn, Uranus and Neptune — as well as two dwarf planets, Pluto and Ceres. The bulk of the flybys came from NASA's twin Voyager spacecraft, which left Earth in 1977 and are still transmitting data from beyond the solar system in interstellar space. Between them, the Voyagers clocked visits to Jupiter, Saturn, Uranus and Neptune, thanks to an opportune alignment of the outer planets.

Can you draw the sun?

Did you know: The Sun weighs about 330,000 times more than Earth. Weight of the Sun It is about 109 times the diameter of Earth and is so large the Earth could fit inside the sun about 1,300,000 times over! In fact, the sun is so gigantic that it contains 99.85% of all mass in our solar system.