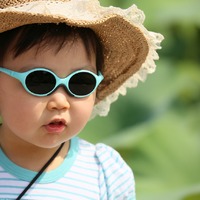 Can you draw where someone can lose a pair of sunglasses?

Did you know: To manufacturers’ delight, someone in the United States loses, breaks or sits on a pair of sunglasses every 14 minutes. While their invention dates back thousands of years – prehistoric Inuit tribes used walrus ivory glasses with thin fissures to block sunbeams – sunglasses only became widely popular in the early 1920s when Hollywood stars began to wear them to hide from fans.

Can you draw a judge with sunglasses in court?

Did you know: According to Great Idea Finder, sunglasses as we know them today were invented by Sam Foster. However, humans have been trying to protect their eyes from the sun for centuries before. The precursor to the sunglasses was developed in China, but they weren’t meant to protect the eyes from the sun. In the 1300s, judges started wearing smoke-colored quartz lenses just so their expressions wouldn’t be seen in court. But by the 1400s, the classes were being used to protect the eyes. Around 1430, the idea migrated to Italy, where they were also used mostly in court rooms at first.

Can you draw your eyes when not covered by sunglasses?

Did you know: genetics of how eye colors are inherited turn out to be far more complicated than once thought. You can't simply determine the eye colors of grandparents and parents, then calculate the odds of what color a baby's eyes will be. In fact, you can belong to a family with many generations of brown-eyed individuals and still end up with green or blue eyes. Contrary to popular belief, it's also possible for two blue-eyed parents to have a brown-eyed child.

Source: All About Vision