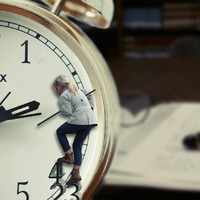 Can you draw a happy watch?

Did you know: “Happy Time” is a marketing technique among watch sellers. You can see it in catalogs and in-store displays, where watches are set to show the time as 10 minutes past 10 o’clock or sometimes 10 minutes to two o’clock. That way the clock appears to be smiling, making buyers feel good.

Can you draw the first ever watch (hint: it includes the sun and a shadow)?

Did you know: The First Ever Watch Was a Piece of Stone (Kind Of) Though historians believe the Sumerians were the first to record time in 2000 BC, the earliest evidence of using a physical object to keep time comes from the ancient Egyptians. What they did was carve a large, stone obelisk that would be placed in a specific location. As the sun moved, so did the stone’s shadow. They estimated the time from the length and direction of this shadow.

Can you draw a colorful watch?

Did you know: Although watches come in a variety of colours, the most popular colour for a watch is black. We believe the reason black is the most popular colour is because of it’s versatility. Black can be styled for both formal and casual occasions as well as a variety of different types of watches such as dress watches, divers watches and more.