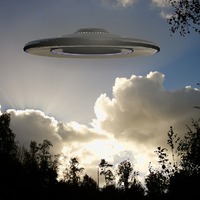 Can you draw a flying saucer?

Did you know: The book Flying Saucers from Outer Space, written by author Donald E. Keyhoe in 1953, was the first to use the term “UFO.”

Can you draw a BLUE book?

Did you know: The Project Blue Book was started to assess if UFOs were a threat to the US national security and analyse UFO-related data in a scientific manner. Allen Hynek was a scientific consultant on the project. Toward the end of the project, Hynek came to believe that some reported cases could not be claimed as hoax and that they might indicate extraterrestrial presence. Between 1947 and 1969, as many as 12,618 UFO sightings were reported to the project. Till date, 701 of these reports remain unexplained.

Can you draw a few different shaped UFO's?

Did you know: UFOs were initially called “flying saucers,” but the more neutral phrase “unidentified flying objects,” or UFOs, was later coined by the U.S. Air Force in 1953 to include shapes other than “saucers” or “discs.”